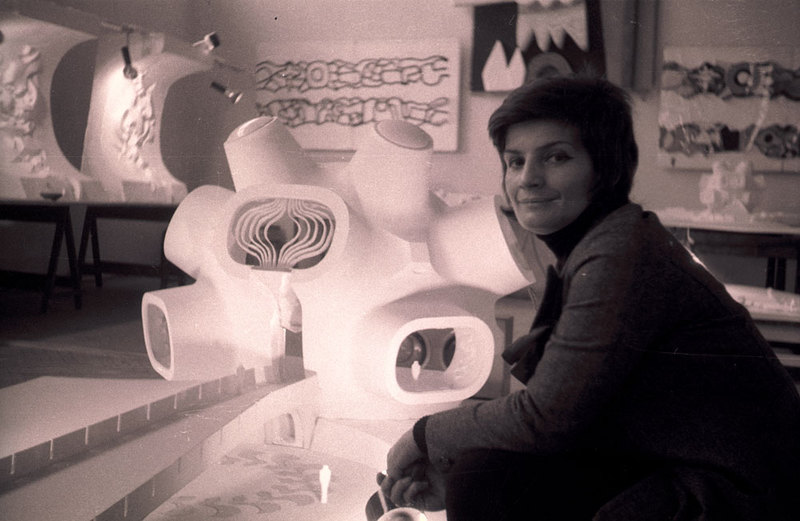 December 1972. Iskra Grabul, co-designer with Jordan Grabul of the Ilinden Monument, Krushevo, Macedonia, with a maquette of the monument in her studio in Belgrade, Serbia (then Yugoslavia). Photographed by Richard Demarco during a visit to Yugoslavia in preparation for the exhibition Eight Yugoslav Artists, at the RDG in August-September 1973.