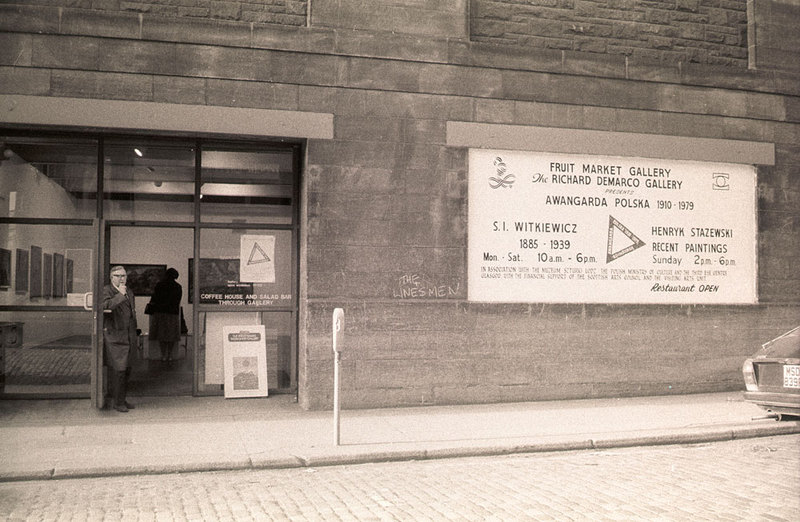 20 August - 15 September 1979. Exterior of the Fruitmarket Gallery, Edinburgh, during the concurrent exhibitions, S.I. Witkiewicz 1885-1939; and Henryk Stasewski, Recent Paintings. Both were part of Awangarda Polska, 1910-1979; Polish art from the collection of the Museum Sztuki, Lodz, presented by the RDG in association with the Polish Ministry of Culture at the Fruitmarket Gallery and the RDG, 179 Canongate (Gladstone's Court) during the Edinburgh International Festival.