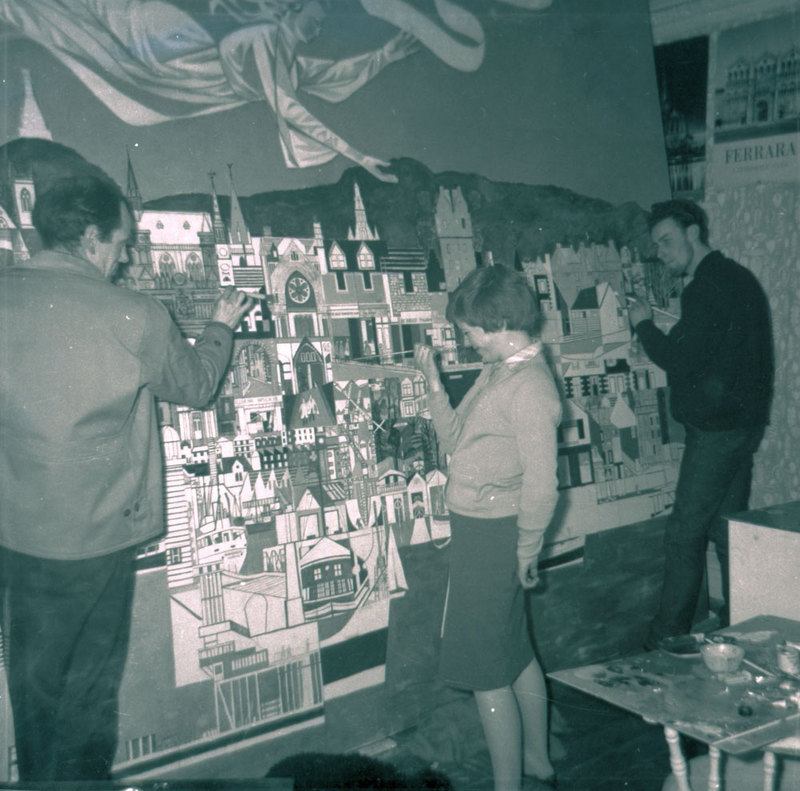 1962. Terry Lane and others with Richard Demarco painting. Edinburgh.

1962. L-R: The actor Clyde Pollitt, Rosamond Dickson and Terry Lane (Director of the Traverse Theatre) posing with Richard Demarco's commissioned painting for Dundee Repertory Theatre, entitled The Spirit of Culture Descending on the City of Dundee, in the Demarcos' flat at 29 Frederick Street, Edinburgh. The canvas (16'X9') was purchased from a canvas weaver in Holland. The work was commissioned by Richard Buckle for £400, and the cost of the commission was paid by the Scottish Arts Council. The mural survived a fire which later destroyed the theatre's premises and is now in the keeping of the McManus Galleries, Dundee. Buckle first saw Demarco's work during the 1962 Festival when he visited his exhibition at the Douglas and Foulis Gallery. Buckle later commissioned Demarco to make a three-dimensional work for the Shakespeare four-hundredth anniversary exhibition in 1964 at Stratford and the Edinmburgh Festival.

The Spirit of Culture Descending on Dundee
29 Frederick Street