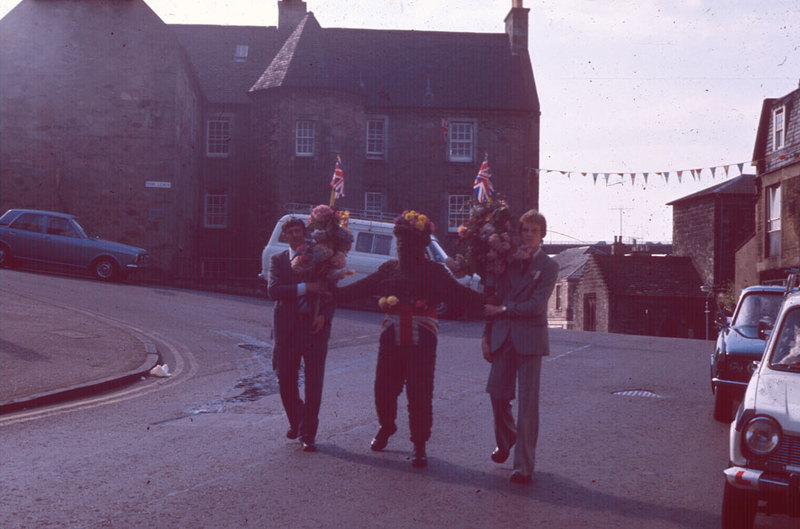 10 August 1973. The Burry Man, South Queensferry, Midlothian. On the second Friday of every August a member of the community is dressed in a flannel suit covered with burrs. He then parades round the town throughout the day with his two attendants. By the end of the day when he disrobes his skin will be marked with weals caused by the rubbing of the burrs. The Burry Man is a possibly unique survival of an earlier scapegoat ritual. For example, in N.E. Scottish fishing communities the ritual was only enacted after a particularly poor fishing season, when the unfortunate Burry Man would be driven permanently from the village, taking the bad luck with him.