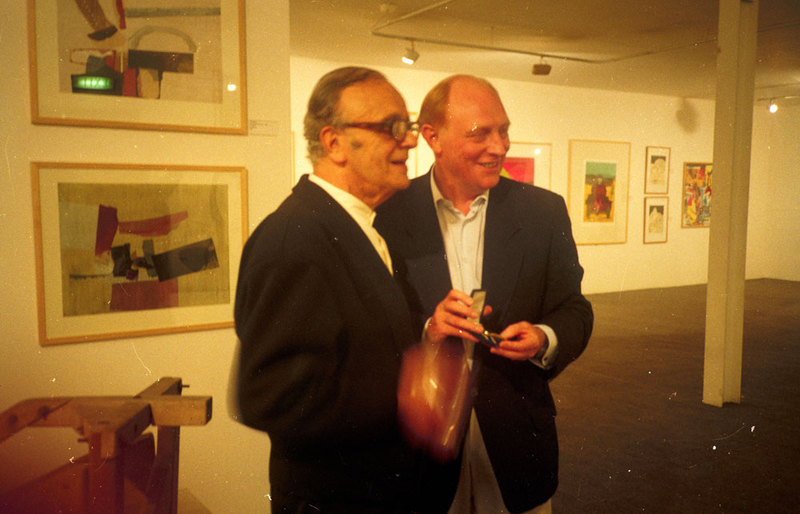 August-September 1991. The American harmonica virtuoso Larry Adler (left) with Neil Kinnock MP (then Leader of the Labour Party) in the exhibition Pentagonale Plus at the RDG, 17-21 Blackfriars Street, Edinburgh. Pentagonale Plus was the RDG's 25th anniversary exhibition and exhibited work by artists from the UK, Italy, Austria, Bulgaria, Czechoslovakia, Hungary, Romania, Yugoslavia and Poland during the Edinburgh International Festival. The exhibition took its title from a political network initiated by the Italian Minister of Foreign Afair, Gianni di Michaelis, that aimed to forge stronger ties between Italy and the countries of eastern Europe, an ambition which Demarco regarded as in harmony with his  in the cultural sphere. The exhibition later travelled to Knights Park Gallery, Kingston Polytechnic, London.