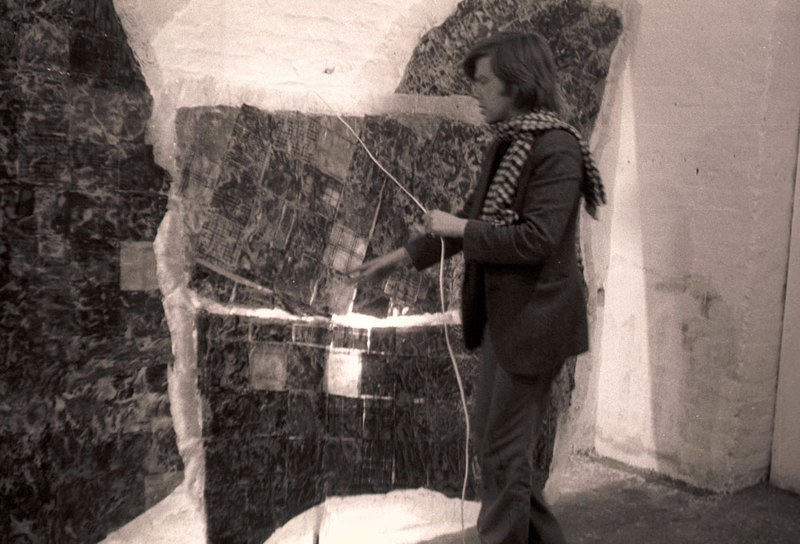 1970. Stephen Buckley in his studio. London.

1970. English artist Stephen Buckley in his studio in London, with works in tweed and fibreglass resin which were later exhibited at the RDG, 8 Melville Crescent, Edinburgh, in the exhibition Wool Redefined (23 October - 14 November 1970). The exhibition resulted from a commision by Lowe Donald and Co., Peebles, 'to reinstate in visual terms the aesthetic values inherent in woolen materials'. Other exhibitors were Michael Docherty, Rory McEwen and Alistair Mackintosh.