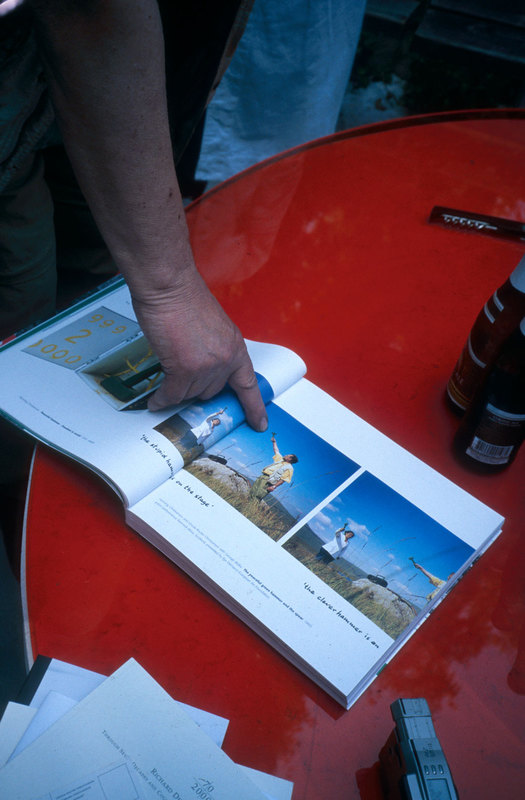 2001. At the Venice Biennale. Henning Christiansen points to images of his performance 180 Hammerstrokes Against the War Monkeys, carried out on Rannoch Moor, Argyllshire, Scotland, on 8 August 1995 to mark the 25th anniversary of Joseph Beuys's 1970 action on Rannoch Moor and of Strategy: Get Arts in which Christiansen collaborated with Beuys on Celtic (Kinloch Rannoch) Scottish Symphony.