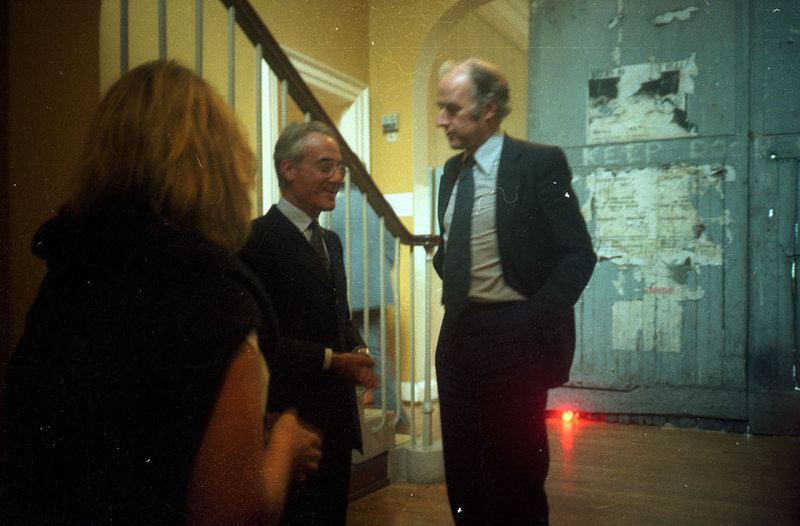 1981. New Beginnings are in the Offing/The Poorhouse Doors. Edinburgh.

1981. The Avant-Garde in Europe 1955-70 (works from the collection of the Staditsche Museum, Monchengladbach) exhibition at the Scottish National Gallery of Modern Art, Edinburgh. L-R: Jane MacAllister, Count Panza di Biumo (art patron and collector), Douglas Hall (senior curator at the Scottish National Gallery of Modern Art). Behind is Joseph Beuys's New Beginnings are in the Offing (also referred to as 'The Poorhouse Doors'), which incorporates the doors from the Forrest Hill Poorhouse, Edinburgh. Beuys made the work in Edinburgh to be incorporated in the exhibition, and it was subsequently acquired by the Staditsche Museum, Monchengladbach. It is now in the collection of the New National Gallery, Berlin.