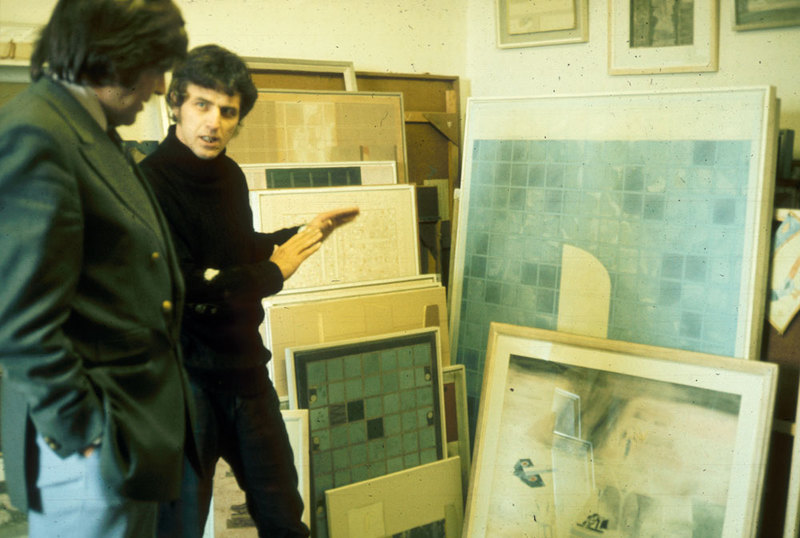 1974. Unidentified (left) with Alexander Fraser in Fraser's studio in Muchalls, Kincardineshire, during the making of a programme for the Grampian Television arts series Images, directed by Alan Franchi, using subjects devised and presented by Richard Demarco. Fraser participated in a discussion with the painters Robert Cargill and James Howie, and the critic Cordelia Oliver, about the north east coastal environment and the work of Joan Eardley, broadcast on 4 November 1974.