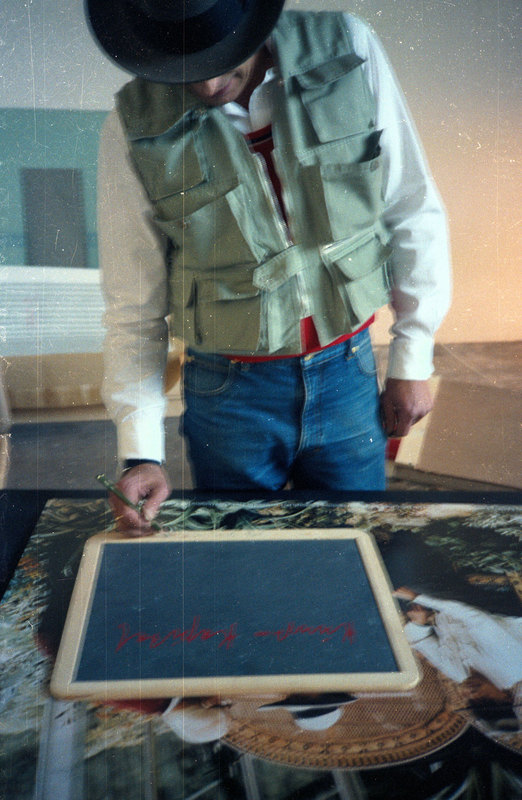 1981. Joseph Beuys in his studio in Dusseldorf signing the multiple Kunst = Kapital (as a gift to Richard Demarco) on top of the edition of prints Beuys, Rosebery, Fuller, brought from Edinburgh by Richard Demarco and John Martin. The print records a meeting in Edinburgh in 1974 between Beuys, Lady Eva Rosebery, art patron and the first female member of the Scottish Committee of the Arts Council of Great Britain (1946) and the architect and theorist Buckminster Fuller.