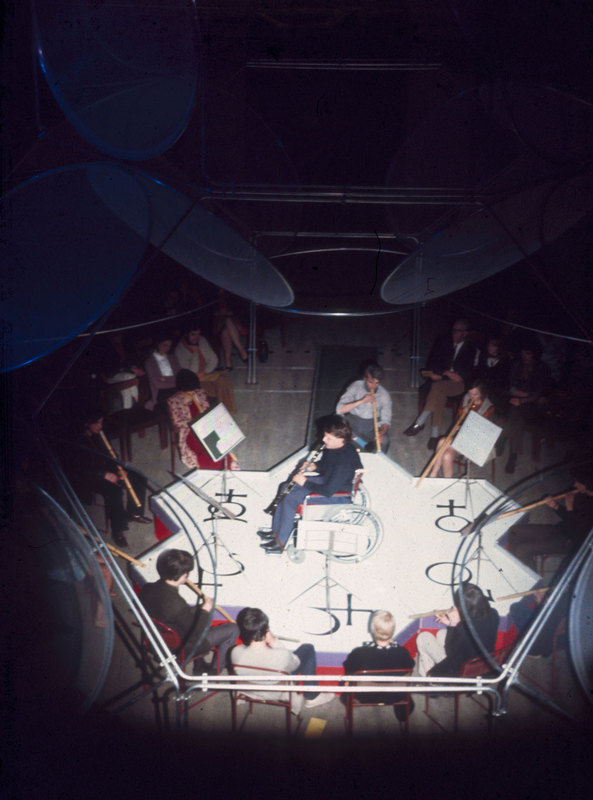 25-29 August 1970. Alan Hacker performing music by Harrison Birtwistle, for Sound in Space, a 'musical environment' by Hacker and artist Keith Critchlow who designed the surrounding structure. Four 'experimental concerts' with music by Pierre Boulez, Birtwistle, Wanhal and Schumann were performed by Hacker and other musicians, with folk songs performed by Corinne. Presented by the RDG in Edinburgh College of Art (contemporaneously with Strategy: Get Arts) for the 1970 Edinburgh Festival Fringe.