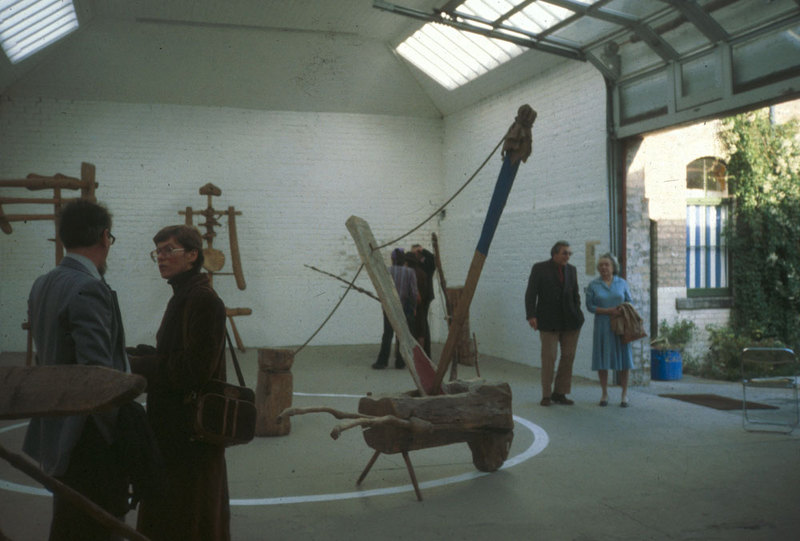 20 August - 15 September 1979. Jane MacAllister with visitors to the exhibition of ten contemporary Polish artists from the collection of the Museum Sztuki, Lodz, at 179 Canongate (Gladstone's Court), Edinburgh. Sculptures by Jerzy Beres. The exhibition was part of Awangarda Polska, 1910-1979, presented by the RDG in association with the Polish Ministry of Culture at 179 Canongate, the Fruitmarket Gallery and the RDG, Monteith House, during the Edinburgh International Festival.