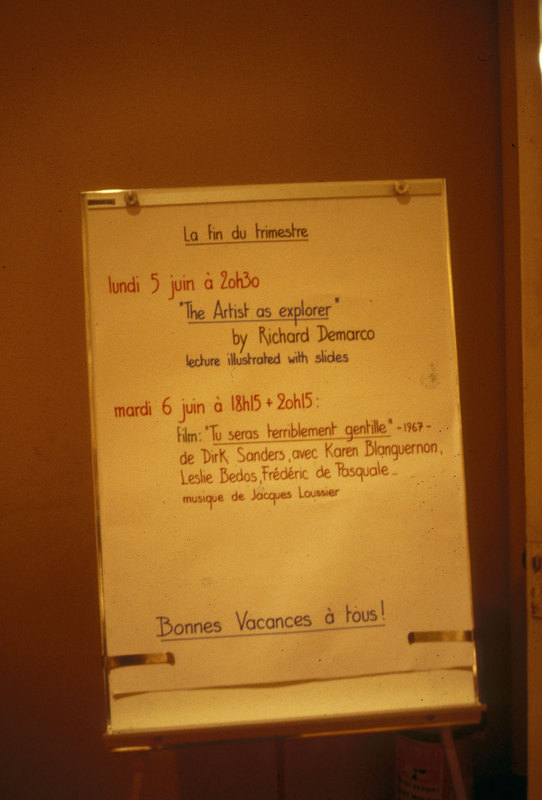 5 June 1978. Poster for Richard Demarco's lecture The Artist as Explorer, at the French Institute (Institut Francaise d'Ecosse), Randolph Crescent, Edinburgh. The lecture, which emerged from Demarco's reflections on the Edinburgh Arts journeys, was first delivered in February 1978 to the conference Canada and the Celtic Consciousness at the University of Toronto (organised by Robert O'Driscoll with Celtic Arts of Canada). It was developed into an RDG/Edinburgh Arts publication under the same title later that year.