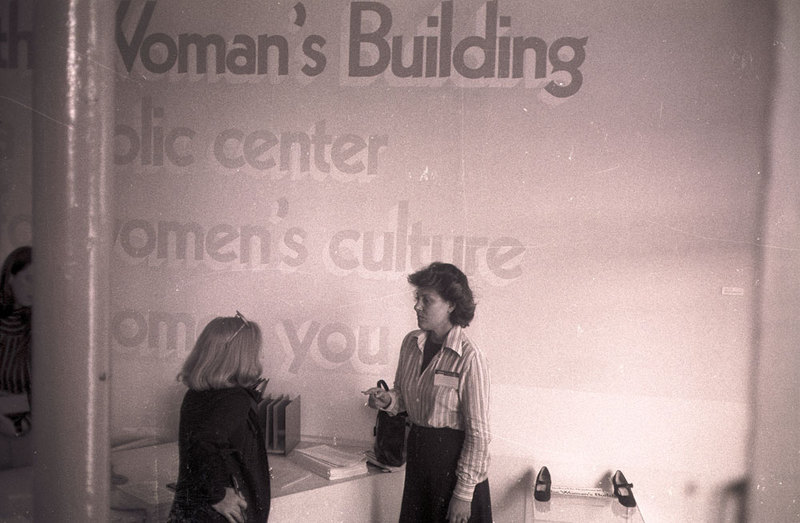 2 February 1977. Unidentified, at the Woman's Building in Los Angeles, photographed during Richard Demarco's lecture tour of the USA and Canada (February-March 1977) in advance of Edinburgh Arts 1977. The Woman's Building was founded in 1973 and was influential as a centre for feminist art and theory until it closed in 1991.