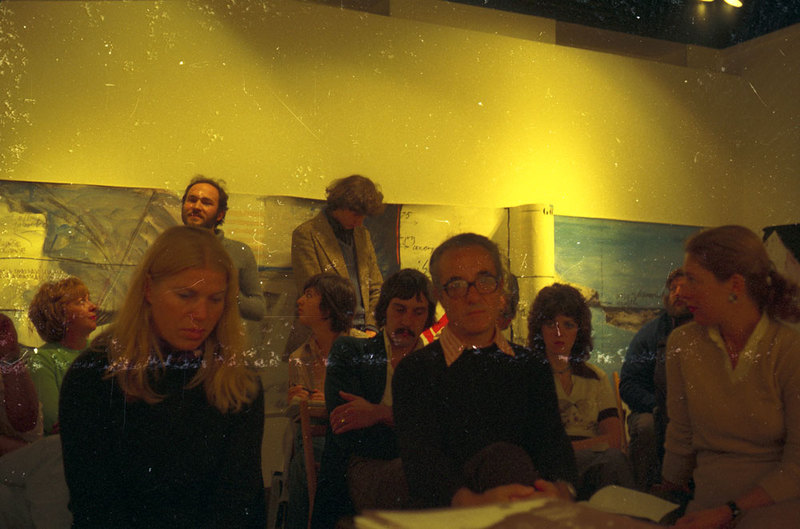 23-24 August 1975. L-R (foreground): unidentified, Count and Countess Panza di Biumo, at a session of a two-day symposium entitled From Callanish to the Edinburgh Festival, at the RDG, Monteith House, 61 High Street, Edinburgh (discussed in the Edinburgh Arts 1975 publication To Callanish from Hagar Qim).

The work on the wall behind is Opposites, by Peggy Stuffi and Anselmo Anselmi, exhibited in the part of the Edinburgh Arts 1975 exhibition shown at the RDG. The other part was shown in a temporary venue at the old Fruit Market, Edinburgh (which became the City Art Centre in 1980).