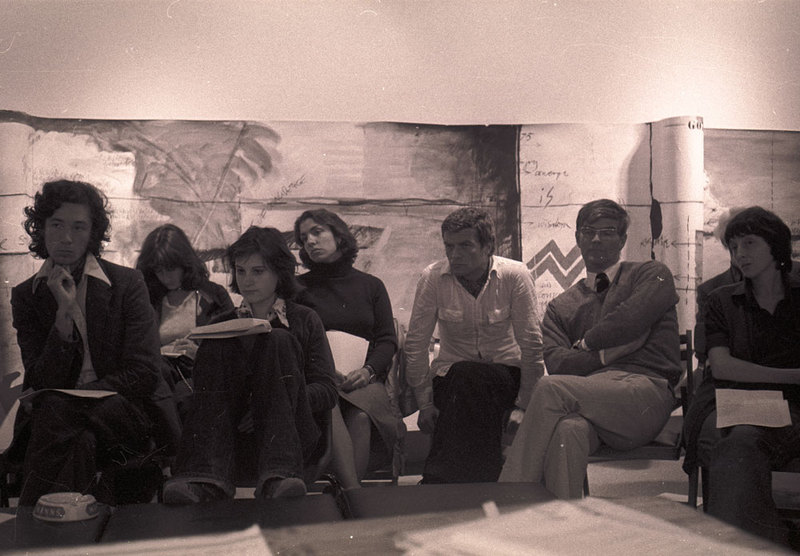 23-24 August 1975. Audience at a session of a two-day symposium entitled From Callanish to the Edinburgh Festival, at the RDG, Monteith House, 61 High Street, Edinburgh (discussed in the Edinburgh Arts 1975 publication To Callanish from Hagar Qim). Members of the audience include Charles Stephens (left), Tamara Krikorian (third from left), Paul Neagu (third from right) and Fred Stiven (second from right). The work behind is Opposites, by Peggy Stuffi and Anselmo Anselmi, exhibited as part of the Edinburgh Arts 1975 exhibition at the RDG, the other part being shown in a temporary venue at the old Fruit Market, Edinburgh (which became the City Art Centre in 1980).