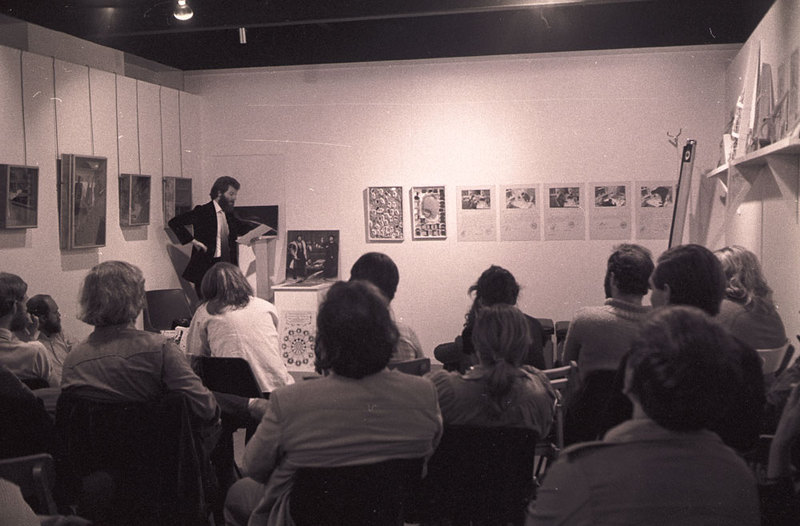 23 August 1975. Lecture by Slobodan Dan Paich for Edinburgh Arts 1975, entitled Beauty in the Future Age of the Education of Feeling, at the RDG, Monteith House, 61 High Street, Edinburgh . Members of the audience include Michael Spens (right, middle row) and Zbigniew Makarewicz (third from left).

The artworks are part of the Edinburgh Arts 1975 exhibition shown at RDG. On the left wall are works by Fred Stiven; on the right works by Paul Neagu. The other part was shown in a temporary venue at the old Fruit Market, Edinburgh (which became the City Art Centre in 1980).