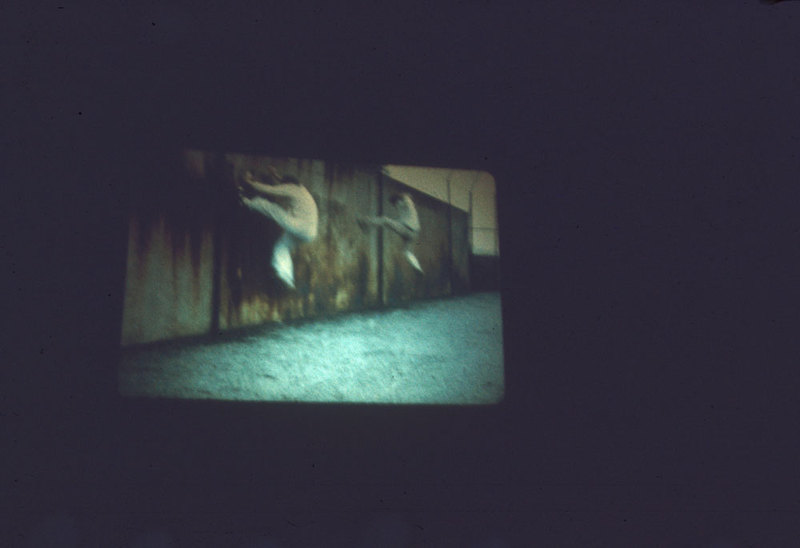 18 November 1974. Still shot of a television broadcast about Paul Neagu from the Grampian Television arts series Images. The image shows Neagu performing Ramp, but the main subject of the programme was a live performance of Going Tornado filmed in Grampian's studios in Aberdeen, before an invited audience of students and staff from Gray's School of Art, Aberdeen. Images was a series of five programmes directed by Alan Franchi, using subjects devised and presented by Richard Demarco, broadcast between October and December 1974.