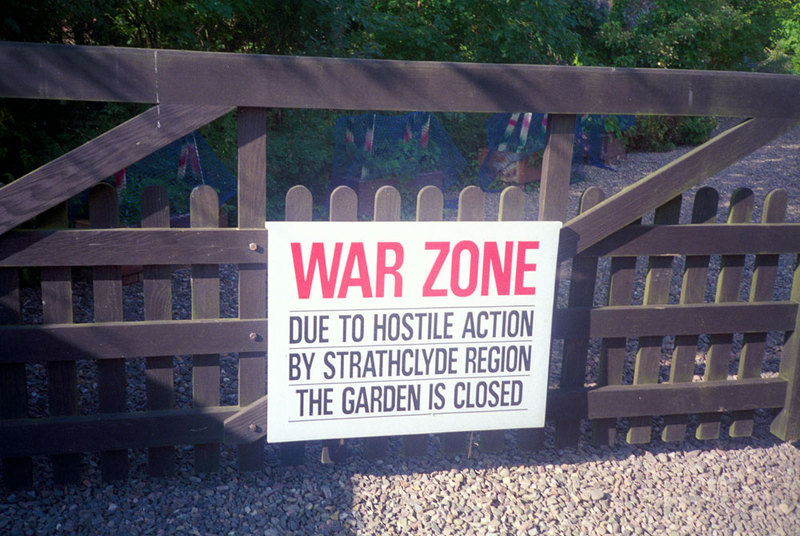 February 1983. Sign on the gate to Ian Hamilton Finlay's garden, Little Sparta, at Stonypath, Lanarkshire. Finlay had a long-running dispute with the Scottish Arts Council and Strathclyde Regional Council. Strathclyde's decision to levy rates on his Garden Temple (which Finlay contested) led to the 'First Battle of Little Sparta' (4 February) when Sherriff's Officers were prevented from seizing works from the temple in lieue of rates. The oficers returned two weeks later and removed several works. During the 'war' Finlay closed the garden to the public.